Message from the CEO

It ain't over 'til the fat lady sings 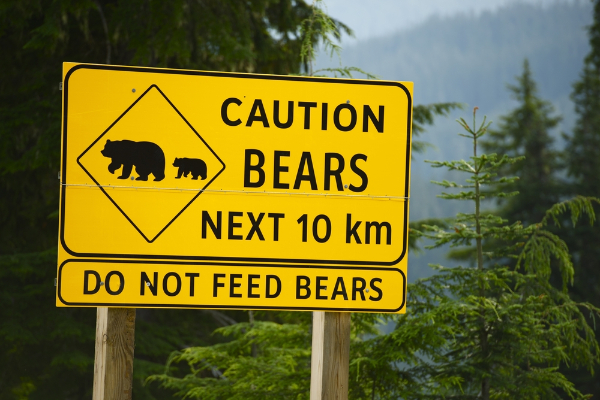 Markets appear to some to have hit a brick wall with the ongoing Greek tragedy, a Chinese devaluation and some minor growth fears being touted. This and Mr. Carneys call to Asset Managers to “check” they are set for market falls if interest rates go up, ensures that worries abound. Indeed, the developed markets of the world have been trading close to 5-month lows in many cases in the last couple of weeks. Is the bull market, that began some six years ago in 2009, over? Or is there more to go for?

Having seen the roller coaster movements of bull and bear markets since 1979 and lived through the crashes of 1987, 2001-2003 and 2007-2009 and multiple 10% plus corrections, I hope that allows me to comment on the status of present markets and proffer the view as to whether this is the end of the road for this bull market? Or is the bull just tired and letting off steam?

Developed equity markets have doubled from the lows of March 2009 – when nobody wanted to know! I recall our “Green shoots of recovery” note of April 2009 was met with some open disbelief and incredulity. I read daily now of the consideration of over valuation of developed equity markets, the disasters that are set to befall the bond markets, deflation, rising interest rates  (somewhat of a contradiction to deflation?), the technical chartists view of impending doom and other technical “words of woe”.  It’s a worrying time with Yellen in the US about to raise interest rates... maybe, with a Greek exit from the Euro... maybe, with an asset bubble in China and deflation... almost definitely. There is much to worry us, as indeed there has been since 2008!

As a portfolio manager for some 35 years I want to hear this worry expounded and higher levels of woe, woe thrice woe rhetoric – it’s comforting to me. My personal experience is that Bull markets don’t tend to run their course until nearly all persons are the wrong side of a trade and markets are robustly extended and in bubble territory. When of course very few will see it coming and nearly everyone will be optimistic. Consensus bullishness is the primer for a bear market turnaround – we don’t have that and therefore the old adage that “Bull markets climb walls of worry” continues to stand firm.

a)  The raising of interest rates - Historically this is done at times of improving economies as a “coolant”. In the present scenario it is being painted as a return to normality, as opposed to the super low interest rate environment in which we have found ourselves for a number of years. Markets historically tend to get jittery around the time of a rate rise but longer term they are much more sanguine about the first one or two rounds of increase. Personally, I see no difference this time around. This is a positive, not a negative for the markets. To me, the potential raising of interest rates is a signal of a return to normality and stability in the growth of an economy. Let rates rise!

b)  US earnings and corporate activity - We continue to see somewhat steady earnings growth and good employment numbers backed by subdued inflation in the US. As always, there are quarterly fluctuations that attract negative attention but we have a relatively modest ongoing growth in corporate earnings, close to full employment and indeed solid US GDP numbers. Steady as she goes if you are not watching every little snippet and nuance. The big top down view is not a negative. Why is the US important? Because regrettably still the US is the core component of the engine for global growth. I have to also say, we in the UK find the decoupling from US market returns almost impossible. You will not find (for any length of time) the UK markets going in the opposite direction to Wall Street. If Wall Street goes up, London will go up if you take any reasonable timescale. Like sheep, we follow. A solid US market is good for global equity market returns and the returns for clients.

c)  Bond market collapse - A fairly emotive view on what is likely to be a solid bond market correction. Why wouldn’t there be? The fixed interest and bond market returns of the last 3-5 years have been mind boggling and might one say... now mired in bubble territory? The economies of the western world are almost back on track, I say almost as Europe is not quite there yet and fearful of the Greek issues unfolding negatively. Asset prices are rising (but not minerals) and inflation is low but picking up. It’s time for the retrenchment in bond prices we have discussed in investment notes of the past 2 years and that process is well underway. TAM are heavily underweight both government and corporate debt at this point in the cycle and will stay so in the short to medium term.

d)  Cash is King? “Having available liquidity gives you options” is probably a better phraseology. But what do you do with cash? Nothing is one answer, leave it in the bank and await better times (not a Greek one). Buy bonds/fixed interest debt... I don’t think so. Buy assets property, gold, a new car, etc. If that is the case, you add to the consumer bulldozer that is sweeping the globe at present pushing GDP merrily along.

e)  Property as an asset class - As we are all aware, residential property in city centres  has been a super strong performer but commercial property (rentals derived from out of town shopping and commercial acreage) is economy driven and is only now significantly adding value – there is more to go in this area. However, one must remain vigilant to a turnaround as those that remember the 2007 closure of property funds will attest to how quickly they can bite back. For now - a solid investment return asset class.

f)  Weak commodity pricing - Bad for producers and their stock prices but good for the economy as we buy oil products and other related items cheaper, which frees the $ or the £ in your pocket to pay down debt or fuel (no pun intended) further consumption.

g)  Equities – overvalued? In my opinion, equities are not in historically cheap territory but will become potentially significantly overvalued. Pension and long term funds will continue to bleed cash into equities given the prospects for other asset classes. The 'cash is King' argument can soon burn a hole in your pocket if equity markets rise! Earnings at this point in the cycle, whilst not exciting, indicate low, steady and ongoing nominal growth. If you don’t buy equities – what asset are you buying?

h)  M&A activity is in full flow - Why? Companies now have cash and see the amalgamation of competitors as an attractive growth strategy - confidence in their business and confidence in the growth potential of the acquisition company. You don’t buy your competition to strategically fit your business in down turns.

i)  Company buy backs - These are on the up, as using cash to buy one’s own shares look the best deal to much company management - more belief in the position of corporate health and the availability of cash.

j)  The bull market run - From 2009 has been characterised by multiple “pressure relieving” sell-offs of 5-10%. To draw a simple analogy, a pressure cooker needs to periodically let off steam or it will explode! Strong uninterrupted runs in equities lead to strong downside events. This bull market, and particularly the last 2 to 3 years, have not seen astonishing returns and always punctuated by pressure relieving sell-offs.

In conclusion, it is my belief that we have further and possibly even much further to go, based on what I see as many of my own historic references to other bull markets in which I have been involved.  These heady levels of markets are just 5-10% from all-time highs. It was always going to take a monster effort for markets to breach them and “backing and filling” is the order of the day. I believe that by end of the third quarter 2015 that will have come to an end. I stand by my conviction that at this time and until the fundamentals change (which of course they can), we will see new highs in 2016 and a continuance of the bull market into 2017.

This is not the view of TAM, but the personal view of the CEO – Lester Petch